Works at the historic Queenstown Recreation Ground have generated community discussion, with West Coast Council working with local community organisations to ensure the facility continues to be a hub for community activities.

In 2015 Council secured funding from Sport and Recreation Tasmania through the Tasmanian Government’s Community Support Levy to assist in the cost of removing the bike track which was in poor condition, with some sections deteriorating and becoming unstable.  This project has also seen new drainage installed on the playing surface along with new seating around the ground and new boundary fencing.

In this year of reform and consolidation for West Coast Council, Council officers are tackling the very large task of looking at all Council-owned facilities across the West Coast.  An inspection of all structures at the Recreation Ground by Council’s qualified Building Inspector revealed two buildings were unsafe.  Council acknowledges that with the football season commencing, timing of the inspections was not ideal.

“Concern was raised directly with West Coast Council several weeks before the start of this football season, asking Council to inspect the buildings and provide advice as to their condition,” Mayor Phil Vickers says.

The buildings, consisting of three change rooms (one used as a can bar for many years) and clubrooms were initially thought to belong to the local football club following ‘handshake agreements’ many years ago with the Council at the time.  Investigation determined these agreements had not been formalised.

“The Queenstown Recreation Ground is owned by the West Coast Council therefore Council – and the community – own the buildings on the land,” Mayor Vickers said.  “Council is therefore responsible for the safety of individuals entering these buildings and once we were advised some of the buildings were unsafe, we were bound to act.”

Following the inspections it became clear these buildings could not be remediated without excessive expenditure and as a result the visitor change rooms and the can bar, which has serious structural integrity hazards, have been fenced off. Given Council’s limited budget refurbishment to meet Australian Standards and Regulations was not viable and they will be demolished.  A house also located at the facility had previously been vacated and earmarked for demolition for similar reasons.

Since the closure of the buildings Council has worked closely with the football club to ensure minimal disruption to the football season occurred, with interim upgrades to existing buildings to ensure change room facilities were available to visiting teams.

The Mayor also praised Council staff for their work, “Ongoing maintenance at the Recreation Ground is a priority for all West Coast Council employees, particularly those at the Queenstown Depot.  Every year staff ensure the playing surface is ready for the football season and I commend Council staff for the great, often thankless, job they do,’ Mayor Vickers said.

The new West Coast Council has initiated extensive consultation over the past year, for example through the West Coast Community Plan 2025 process and has also initiated partnerships and discussions with a range of community organisations.  Specifically Council has been liaising with the new Queenstown Crows Football Club committee with regards to the bike track removal project and the dilapidated buildings.

“The current committee at the football club are happy with the processes Council is undertaking to ensure its members and guests are able to use safe facilities,” the Mayor said.

“West Coast Council will continue to liaise and build partnerships with the Crows and the community to ensure this facility is here for another one hundred years and will be a great venue for all residents of the West Coast,” Mayor Vickers said. The Queenstown Recreation Ground, with the bike track removed The ‘Can Bar’ which is structurally unsafe and will be demolished 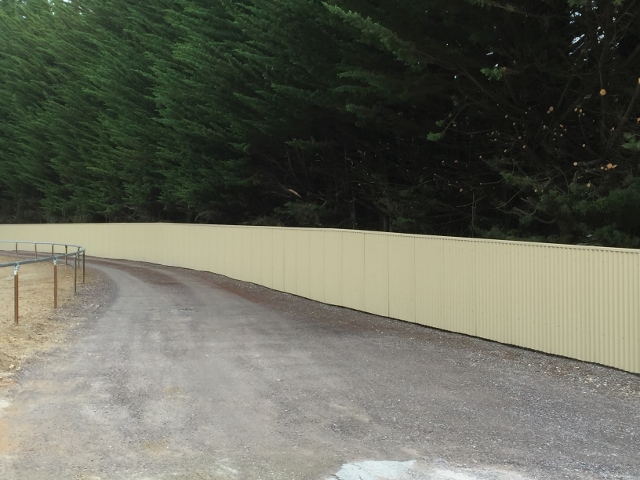 A section of the new fencing at the Queenstown Recreation Ground