Strahan Helicopters - an experience not to be missed

West Coast Mayor Phil Vickers has described viewing the West Coast from the air as ‘unbelievable’.

Speaking at the launch of the new Strahan Helicopters business in Strahan yesterday (22 November), Mayor Vickers says viewing the region from the air was a fantastic way to gain a full appreciation of the West Coast landscape.

“The helicopter flight was amazing.  To see our environment from the air is something not to be missed – tree-covered mountains and gorges, Macquarie Harbour, Lake Burbury, the rugged hills around Queenstown and following the King River to Strahan.  It was spectacular.”

Strahan Helicopters, operated by Albert DeVeth, specialise in tours offering scenic flights across the West Coast, including the option of transfers between Cradle Mountain and also a tour incorporating a stop at Lake St Clair and The Wall at Derwent Bridge.

“The best way to see Tasmania is from the air and the West Coast has some of the most impressive scenery in the world,” Mr DeVeth said.

Having lived on the West Coast as a young adult and operating successful helicopter businesses, expansion to the West Coast seemed a natural progression for the businessman.

“I am excited about the prospects for Strahan Helicopters, the smiles and excitement from passengers when they finish their tour is evidence enough that we have made the right decision to invest in the West Coast,” Mr DeVeth said.

West Coast Council, through Economic Development, Tourism and Events Coordinator Simon Lee, have worked with Mr DeVeth over several months to assist in establishing the business, including liaising with various Council and government departments regarding permits.

“It’s pleasing to see business confidence growing on the West Coast, Council is proactive in our approach to encouraging economic development within the region to promote job growth and a sustainable community.  This involves supporting the attraction of new investment such as Strahan Helicopters,” Mayor Vickers said.  “We wish Albert well in his venture and encourage locals and visitors alike to take a flight.”

Strahan Helicopters offer scenic flights around the West Coast, transfers (regular transfers between Strahan and their partner in Cradle Mountain), survey flights, fire spotting, exploration and general charters.  F light bookings can be made via the West Coast Visitor Information Centre located on the Esplanade, call 64 726 800 or email tourism@westcoast.tas.gov.au 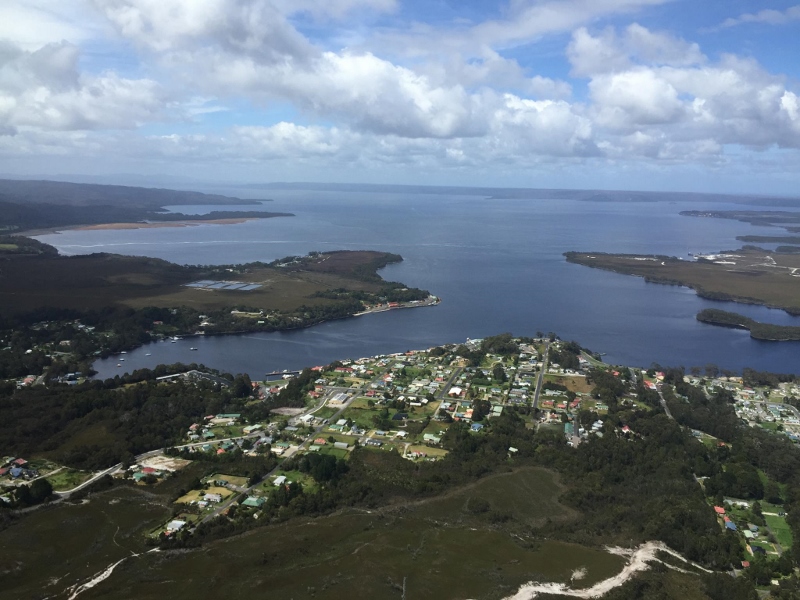